“STAR” dishes in cold Winter in Fukuoka !! Which 'Nabe'(hot pot) is your favourite ? 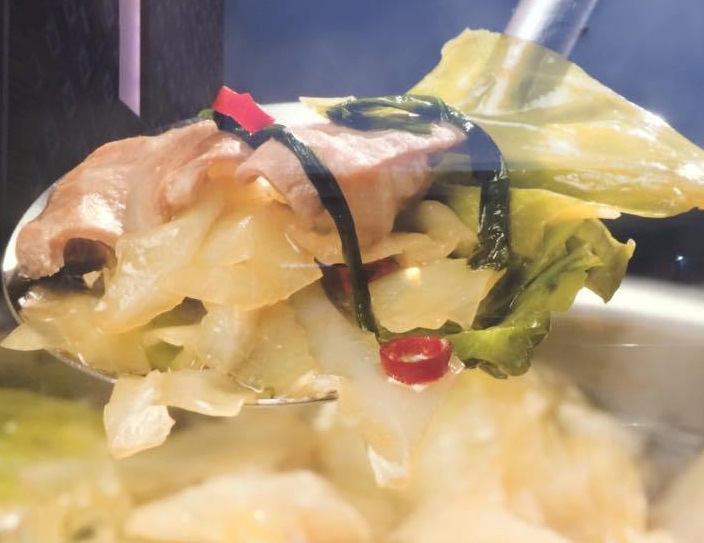 Mizutaki is a Nabe featuring chunks of chicken on the bone and seasonal vegetables and mushrooms, all boiled in a hot pot then dipped in 'ponzu' (a tangy soy and vinegar sauce)

Chicken as a main ingredient, it must be fresh and good quality.

It is no problem to find perfect chickens for Mizutaki as there are well-known free-ranged chicken breeders in Fukuoka. 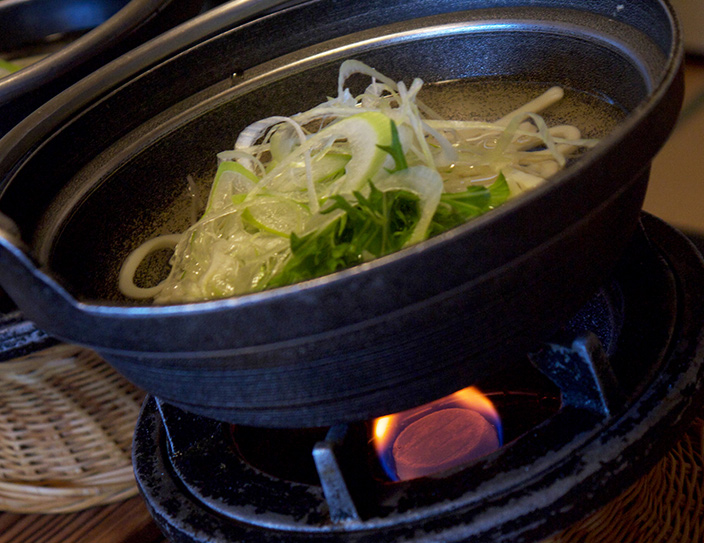 As for the traditional way of enjoy Mizutaki, only the soup from the Nabe will be served with finely chopped green leeks and a pinch of salt at first. Then, you can enjoy the tendered chicken and other stuff with ‘ponzu’.

There are always “shime”(a way to complete ) for all Nabe dishes.

For ‘Mizutaki’, some like to put Udon noodles into the Nabe after eating all chickens and vegetables.

Others prefer to put rice and egg into the deliciously concentrated soup with finely chopped green leeks and flake of seaweeds as toppings. 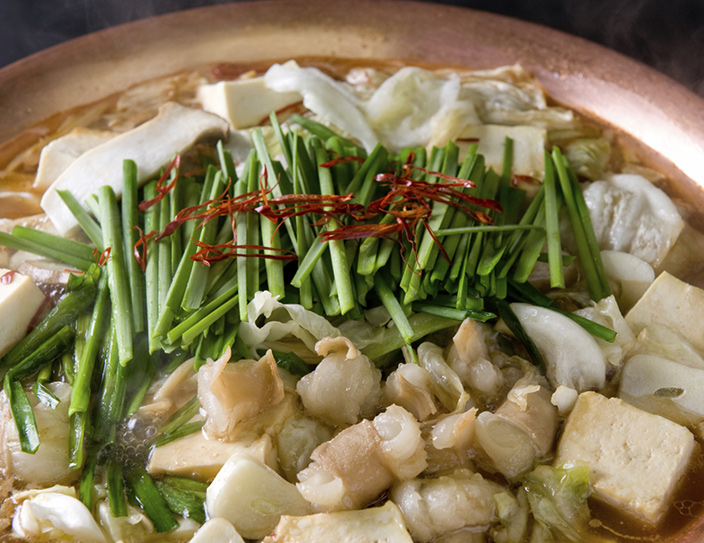 As “Motsu” means “innards” (excluding the liver), usually from a cow, it doesn’t sound/look encouraging to eat at first, but “Motsu” is a nutritious food containing lots of vitamins as well as collagen and make very tasty broth.

The recipe itself is quite simple. Chinese chives, cabbage are piled on top of the “Motsu” along with hot peppers, then boiled in a miso or soy sauce based soup with plenty of garlic for flavor.

For ‘shime’, Champon noodles, which are made of flours and slightly thicker than spaghetti, are common for Motsu Nabe. The noodle absorbed the well-concentrated soup are incredibly delicious!

The each “Motsu Nabe” restaurant has their own soup recipe, so you can enjoy different taste at each restaurant.

The both Nabe dishes are served in various places throughout Fukuoka City.

They are heartwarming dishes especially in cold Winter !

Kiki loves travelling and discovering new cultures and exotic places!! Whenever she has time to take a break from her busy life at her hometown of choice - Paris - she tries to find a new adventure. She has been in almost every Asian country, but Japan remains her number one travel destination. It wouldn't be a suprise if she has spent more time in ryokan and onsen than every Japanese person alive and one of her goals is to hike across the country in order not to miss out on any beautiful spot Japans nature has to offer.